Can the love of learning be taught?

This paper is an expanded version of a talk given at a Generic Skills Workshop at the University of Wollongong, and was intended for academic staff from any discipline and general staff with an interest in teaching. The issues considered in the paper include the capacity of all to learn, the distinction between learning as understanding and learning as information, the interaction between the communication and content of ideas, the tension between perception and content in communication between persons, and the human functions of a love of learning. In teaching, the creation of a fear-free environment is emphasised, as is the use of analogy as a means of breaking out of one discipline and making connections with another, with mathematics and history being used as a possible example. Some of the issues raised are explored in more depth in the notes at the end of the paper, to which there are references in the main text. About the author. Rodney Nillsen studied literature, mathematics and science at the University of Tasmania. He proceeded to postgraduate study at The Flinders University of South Australia, studying mathematics under Igor Kluvánek and, through him, coming into contact with the European intellectual tradition. He held academic positions at the Royal University of Malta and the University College of Swansea, Wales. Upon returning to Australia, he took up a lecturing position at the University of Wollongong, where he continues to teach and conduct research in pure mathematics. At the University he is a member of Academic Senate and is the Chair of the Human Research Ethics Committee. He received a Doctor of Science degree from the University of Tasmania in 2000. His interests include literature, classical music and the enjoyment of nature. 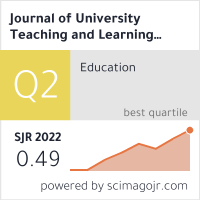